Indole test is a biochemical process,  which is used to identify the indole producing organism from tryptophan. Tryptophan is an important amino... Indole test is a biochemical process,  which is used to identify the indole producing organism from tryptophan. Tryptophan is an important amino acid which is found in most bacterial cell protein.

Bacteria those have tryptophanase enzyme will hydrolyze tryptophan into different metabolic products such as indole, pyruvic acid, and ammonia. Then the bacterial cell will utilize the pyruvic acid and ammonia as a nutrient and indol will started to accumulate in bacterial surrounding medium. The presence ofindol can be detected by using the indol test.

The Indol Test checks the capacity of an organism to break down the amino acid tryptophan to create indole. It is component of the IMViC tests which is a series of tests that are designed to differentiate from the members of the group Enterobacteriaceae.

Tryptophan converted into indol by reductive deamination, via the intermediate molecule indolepyruvic acid. This reaction is catalyzed by the enzyme Tryptophanase, which helps in the removal of  amine (-NH2) group from the tryptophan molecule.

Then, the presence of Indol  can be detected by adding Kovacs’ reagent (4 (p)-dimethylamino benzaldehyde) to the medium containing indol forming microorganism. This Kovacs’ reagent will form a bright red compound on the surface of the medium by reacting with indol.

In the spot Indol test, p-Dimethylaminocinnamaldehyde (DMACA) combined with the indole on filter paper matrix and form a blue to blue-green compound.

There Are present two different procedure for indole test;

1% tryptone broth preparation: Dissolve 10 grams of peptone in 1 liter distilled water and then sterilize it using an autoclave. 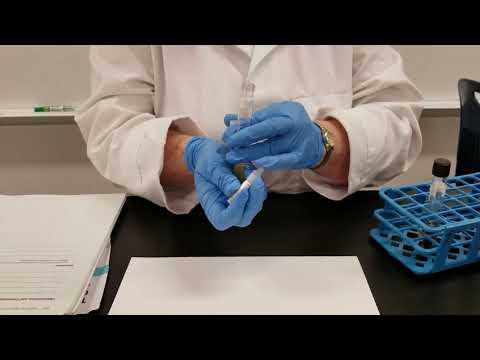