Spread Plate Method in microbiology The spread plate method is used to isolate individual colonies from a diluted sample of mix population.... The spread plate method is used to isolate individual colonies from a diluted sample of mix population. Different methods have been developed for the isolation of microorganisms from a mixture sample but among them Spread plate culture method is the most widely used technique in laboratory.

An ideal spread plate should contain visible and isolated colonies of bacteria that are evenly distributed in the plate and are countable.

The main purpose of the spread plate method is to isolate or count the individual bacteria present in a diluted sample containing a mixture of different species.

The spread plate technique is a method of isolation in which a diluted microbial sample containing more than one microorganism is deposited on a solidified agar plate and spread uniformly across the surface with an L-shaped glass rod while the media plate is spun on a turntable. With an accurately diluted sample, cells (CFUs) will be deposited far enough individual on the agar surface to grow into individual colonies.

The main principle behind this Spread Plate technique is that as the Petri dish rotated, at some stage, single cells will be deposited with the bent glass rod on to the agar surface, these cells will be separated from each other by a distance sufficient to allow the colonies that develop to be free from each other.

Place the inoculated plate on the turntable. A turntable makes it easier to rotate the plate during the spread plate technique.

Note: If you plated a volume of inoculum greater than 0.5 mL, wait a few minutes and allow it to soak in before inverting the plate. 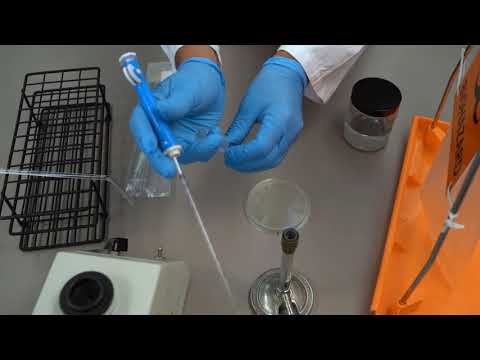 After incubation observes the colonies on the agar plate. Some of the colonies will be free from each other. Select any colony from the plate and record the elevation, pigmentation, and size.

Need a Note? Request us
Request
If you have any doubt, Ask Questions Here
0
principle procedure Result Spread‌ ‌Plate‌ ‌Method‌

How To Use A Microscope Properly

Isolation of Microorganisms from Soil